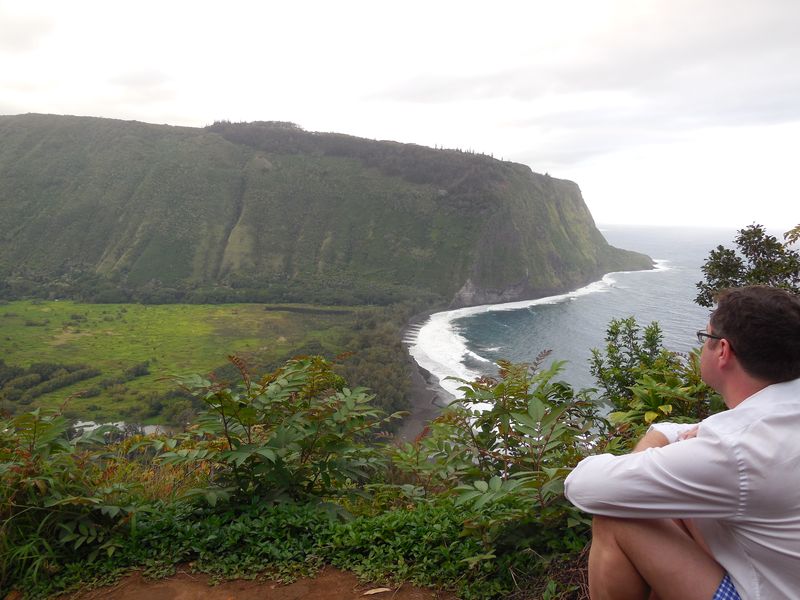 It was the final day of my Thirties, and I was sitting late in the afternoon on a mound of dirt overlooking the Waipio Valley on the Big Island of Hawaii waiting for Michael who wandered farther down the trail.  The waves were breaking on the black sand, and a flock of white birds were circling far below me.  It was a tranquil moment that inspired within me gratitude and blessing as I reflected on the past decade--on my marriage, career accomplishments, and the joy of spending my birthday not in the middle of an Omaha winter but in the beautiful tropical warmth of Hawaii.

So, instead of wearing long underwear, scraping windshields, and shoveling snow last week, we kayaked, snorkeled, and lay on the beach. 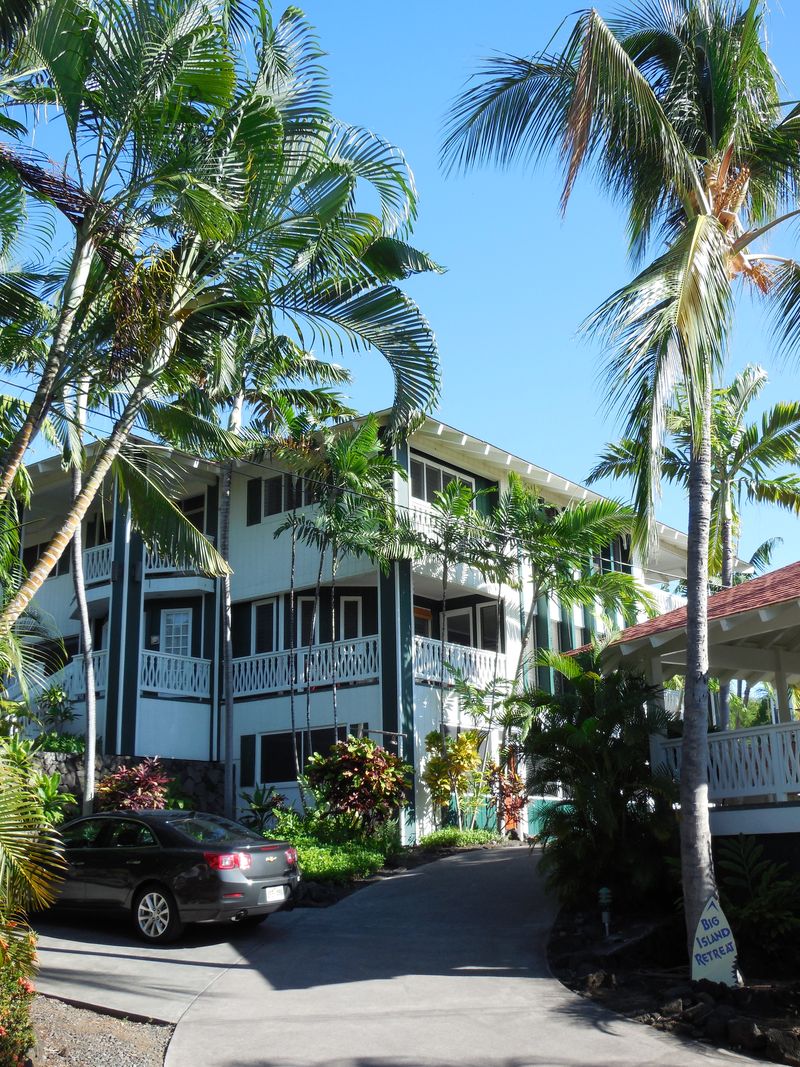 Our homebase for the trip was the Pineapple Room of Big Island Retreat.  Michael has a great track record of finding us wonderful accommodations, and this was his best yet.  The room was perfect, as we didn't want something that looked like a hotel room but looked like what you imagined a beautiful Hawaiian room to look like.  We especially enjoyed the lanai, spending hours out there, often getting going in the morning hours after we had planned because we were enjoying just sitting there.  But the best thing was being awakened each morning by birdsong. 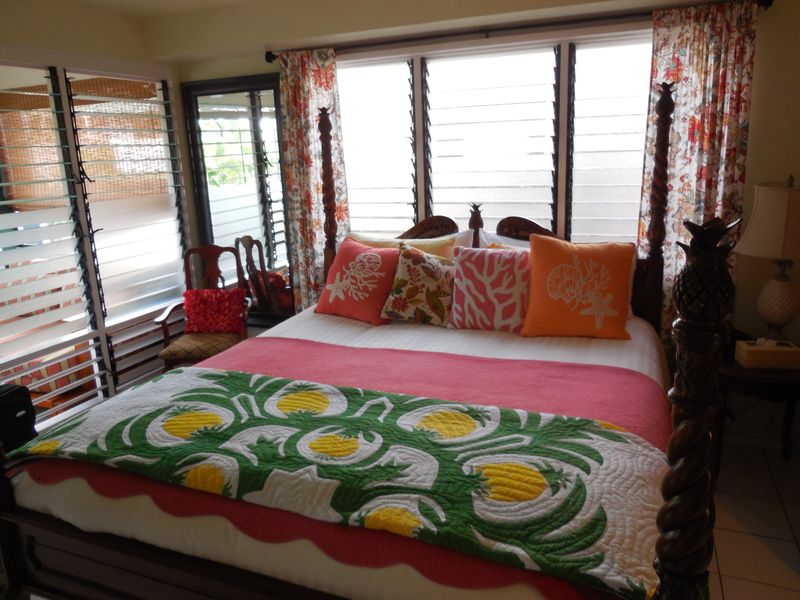 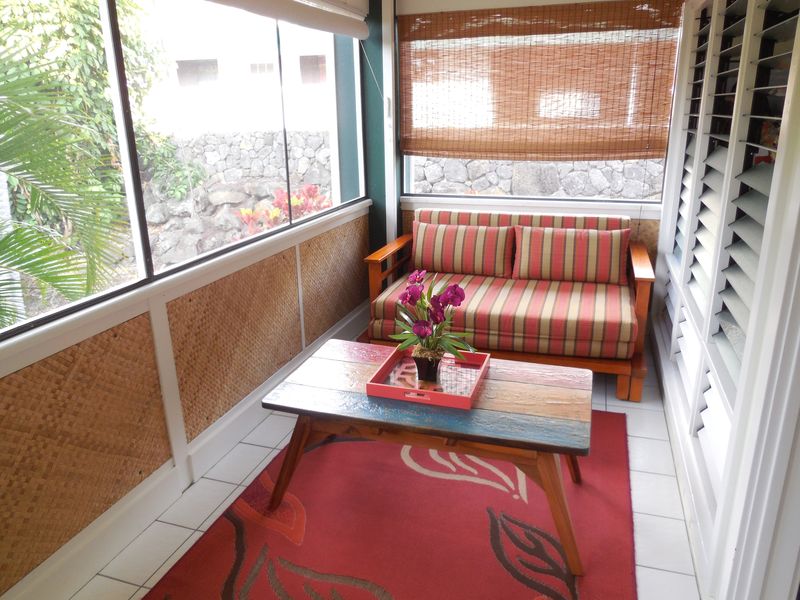 The retreat is just up the hill from Kahalu’u Bay, one of the best snorkeling beaches on the island.

When we arrived our friends Kathy and Gary McConnell met us at the airport with lovely, fresh leis.  They helped us get oriented and took us to dinner that first night.  We slept early after the day of travel.

As we awoke the next morning Michael said, "I'm looking forward to breakfast on the lanai with you."  We had Kona coffee, fresh papayas, and macadamia nuts, before heading out for a day of exploring the coast around us.  We drove south past nut and coffee farms, stopping along the way in Captain Cook for the weekly market. 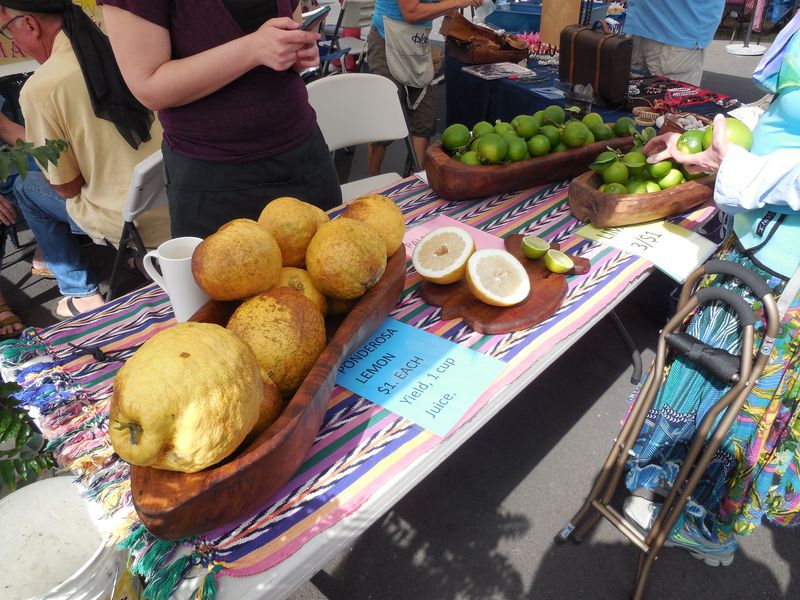 The western coast of Hawaii is not the lush gardens of Oahu and Kauai, that I visited with my family when I was 18.  Instead, it is much more like Southern California, except with lava rock.

That drive was filled with gorgeous views of the water, as we drove along the mountain road through quirky little towns.  We were enjoying the warmth, the sun, greenery and flowers.  A quaint stop at an Episcopal Church grounds reminded us that it was Sunday morning, as the sounds of hymn-singing graced the morning. Our first major stop of the morning was Pu`uhonua o Honaunau National Historical Park, also known as the Place of Refuge.  It was a good beginning of the trip for two reasons.  It was an introduction to indigenous Hawaiian culture and simply a gorgeous coastal location.  It invited us to slow down and look carefully in the tidal pools for the life that filled them--fish, crabs, shells, etc.

And I needed to slow down.  It took me three days to really relax; I was agitated and anxious for some reason I couldn't fully fathom. 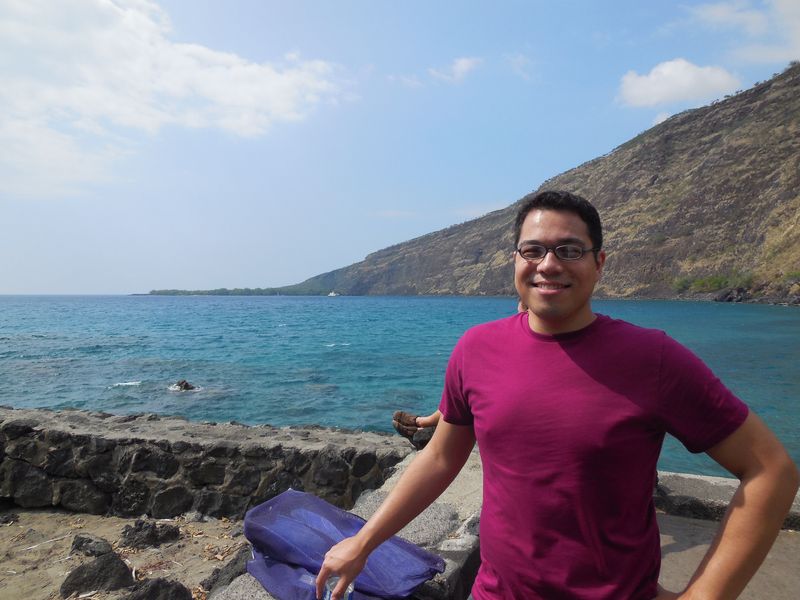 We spent a lot of time that day hunting down items we needed, including a hat for Michael.  We were also trying to figure out how to get to Captain Cook monument on Kealakekua Bay.  A few years ago Michael read a book on the explorations of Cook and had, from that time, desired to see the bay where he died.  You can view the monument from across the bay but to get to the monument itself you must either boat in or hike down a trail.  Michael wanted to kayak across the bay, and we spent time on that Sunday trying to figure it out and also making other plans for the trip.

We also snorkeled, laid in the sun, and explored a little of downton Kailua-Kona.  And we collapsed early with plans for a full day the next day, surrounding the South Point and visiting the volcano.