Home Archives Profile Subscribe
All Wet . . . When We Didn't Intend to Be
One of the Great "What Ifs"

Last night at our Ash Wednesday dinner I was sitting next to Bowen who turned nine last week.  He was talking about his birthday party.  I mentioned that my birthday was the day after his, and he asked me if I had a birthday party.

"No, I went to Hawaii."  Bo's mouth hung open in surprise.

"I went kayaking and snorkeling on my birthday.  That's better than a party."  He was speeechless. 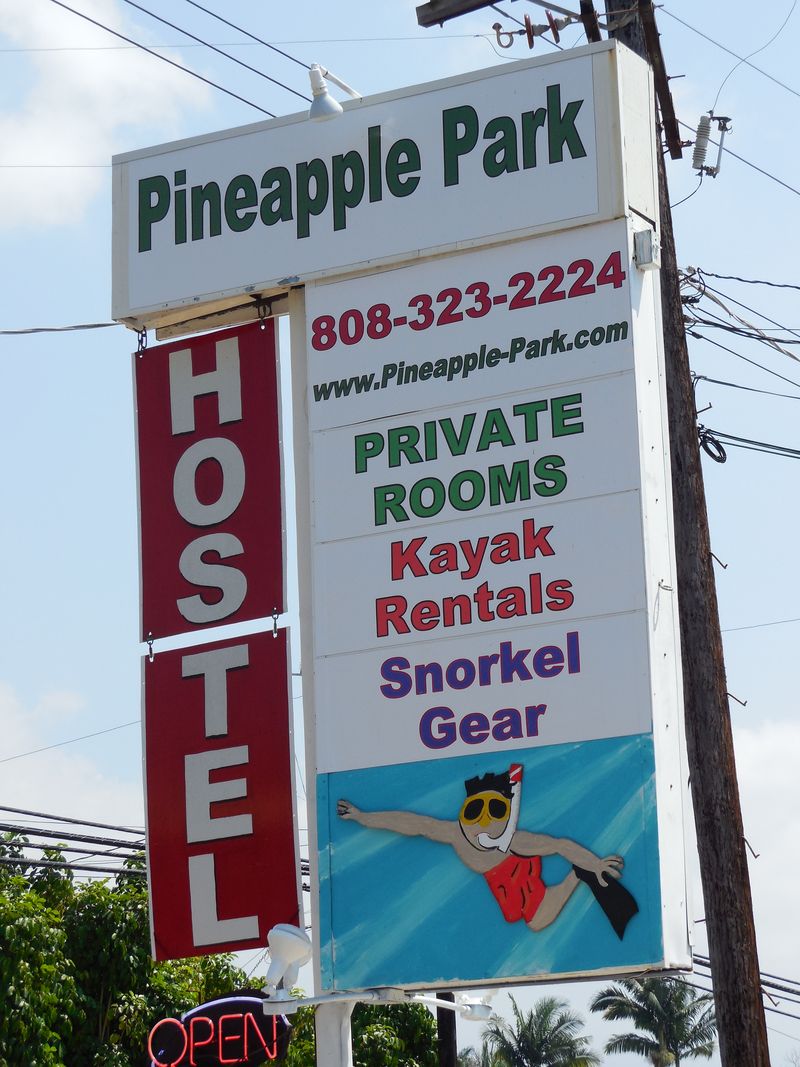 That morning we started early and were in our kayaks by 9:30 a.m.  We rented from a fun woman named Annie at Pineapple Park.  She made a handful of jokes while we were filling out the rental forms.  After she ascertained that we were married, she wanted to be sure we knew who would be paddling in front and who in back.  "Sometimes they are known as 'divorce kayaks.'"  This fit with our experience on Lake Superior a couple of years ago!  Fortunately we had no (serious) disagreements about the paddling or steering this time. 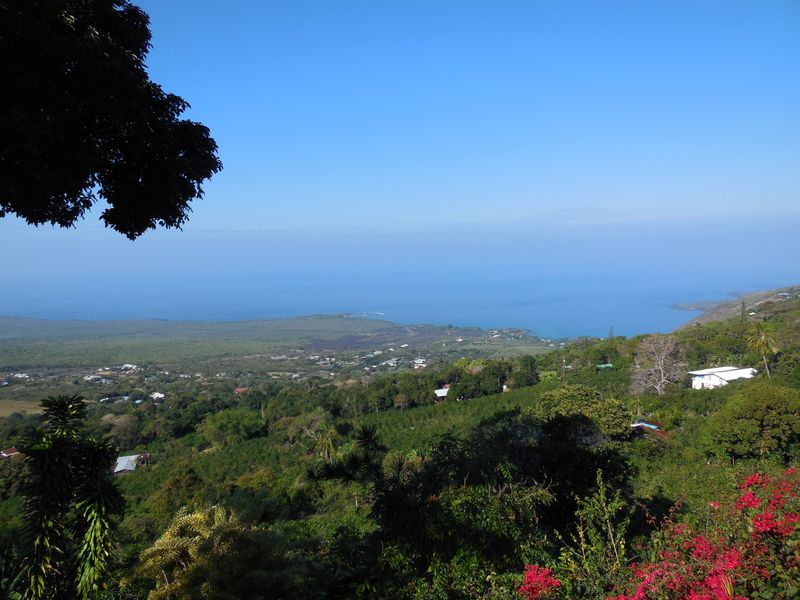 We were kayaking across Kealakekua Bay to the monument marking the place where Captian James Cook was killed.  It also happens to be one of the best snorkeling spots in the world.  Unfortunately, I have not pictures of our kayak trip, the reef, or of Michael next to the monument (one of his bucket list items), because apparently I sat the waterproof camera down to put on my life preserver and failed to pick it back up when we got in the boat.  We realized we were without it when we were out on the water, and it wasn't on the rocks when we returned.

Twice before that week we had tried to kayak, but we were lucky it was today that worked out, because it was the calmest water of our visit.  We paddled across the bay and approach the monument side.  There are rules against disembarking from your boat onto the land, this to protect the corals.  The only way you are supposed to get to the land is to hike down (about a four hour roundtrip up and down a steep slope).  I did notice that many kayaks, including whole groups, were beaching in a little cove to the west of the monument and the main snorkel area, but we never beached ours.

The waters will filled with visitors--some had hiked down, plenty others had kayaked, and then there were a number of snorkel guide boats and even big party boats with people sliding off water slides and such.  The lifeguards and tourguides of some groups were on paddle boards, standing up paddling themselves around.  Some had even paddled all the way across the bay.

Captain Cook presented himself as a god to the Native Hawaiians.  It was at this location, during a skirmish, that he was wounded and groaned.  The Hawaiians heard him and yelled "He groans.  He is not a god!"  And then killed him.  The monument on this location calls him the discoverer of these islands.  A Native who was sitting nearby saw us reading the inscription and yelled out, "Lies, all lies.  That's the British version.  He didn't discover anything."

Stunning beauty awaits you under the water.  A reef filled with coral, various sea life, and an abundance of colorful fish.  We took turns snorkeling, the other one minding the kayak.  Michael also clambered on shore to explore the area.

After a couple of hours, we paddled back across the water, which took a little longer, as it was now windier and choppier.  The bay itself is mostly fronted by a tall, steep cliff that drops sheer into the water.  Only on the two points does the land drop down to the water's edge.  There was once a great beach on the opposite side (where there are neighborhoods), but it was washed away.  The state park facilities remain, but no beach. 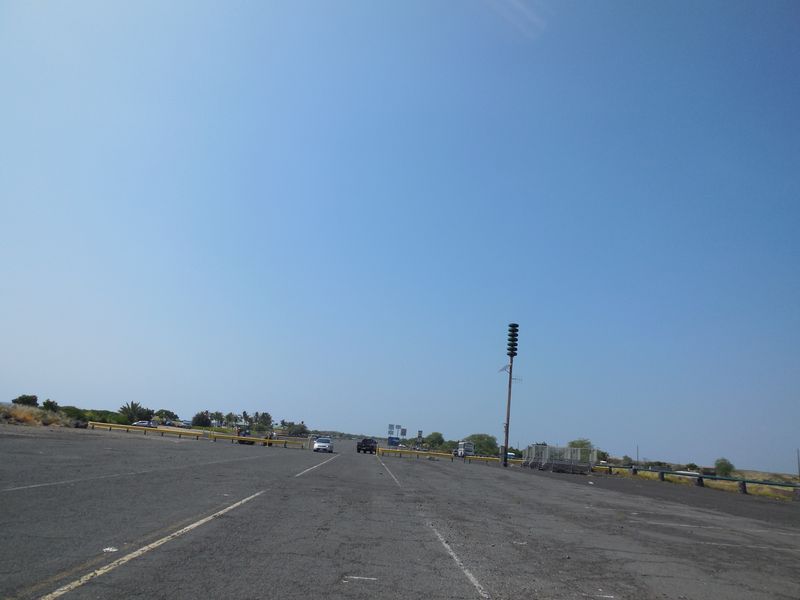 From Kealakekua Bay we drove back along the coast and through town to check out the beach at the old airport. You drive and park on the old runway.  On one side is a beautiful community garden, which we visited a couple of days later, and on the ocean side is a long white sand beach (though it is very rocky in places).  We spent a couple of hours lying here in the sun. 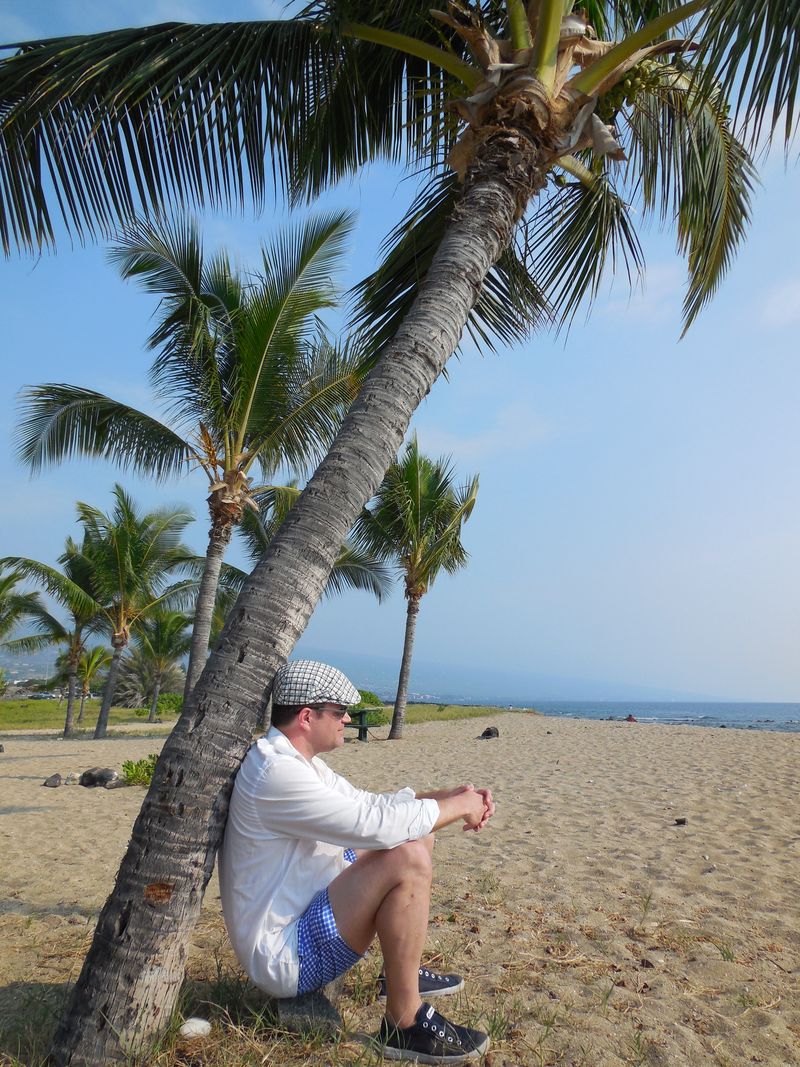 Unfortunately, we both caught colds on this trip.  I was the sickest on Monday.  On Wednesday I had a runny nose that wouldn't quit.  By Thursday I was beginning to feel some better.  But Michael was getting worse.  He had started with a sore throat on Wednesday and by Thursday afternoon, after we'd spent the day in the sun, he was feeling pretty miserable.  He got worse and continued to feel bad well after our return.  Neither of us has yet fully recovered.

After the beach Michael was zonked out, so I ran to Wal-Mart to get medicine and food for that night's dinner.  The Big Island Retreat had a great outdoor kitchen that we wanted to use one night for our dinner.  Since we had already had a really nice dinner the night before, I asked for a simple birthday dinner.  Michael stir fried shrimp with fresh coconut and pineapple.  We had rice and black beans, local beer, and local cookies and chocolates for dessert.