The Changing Role of Rice in My Food History

In The Cooking Gene Michael W. Twitty includes an entire chapter on the history of rice and it's connection with the Atlantic slave trade.  In the mid 1700's American plantations owners intentionally imported slaves from the rice growing regions of West Africa, which accounted for about 40% of the entire trade to the United States.  Rice had a long history in Africa, as he writes:

Rice has been part of West African life in Upper Guinea and the Western Sudan for nearly two thousand years by the time the Europeans arrived, spreading out from heartlands along the Senegal, Gambia, and Niger Rivers.  Rice cultivation spread out from the ancient Sudanic kingdoms as my ancestors reinvented themselves, redrew linguistic and clan lines, and migrated from the empire of Old Mali and went south into the lands of the Bullom and others, coming as Mane conquerors displacing the indigenous people and planting up the rain forests and coastal swamps in African red rice, namely Oryza glaberrima.  This three-thousand-year-old rice would in time be joined by Asian rice, O. sativa, from introductions made from both the Islamic and European worlds.

Growing up in my family we ate Minute Rice and mostly as a breakfast food with milk, butter, and sugar.  It also appeared as a side dish with butter, salt, and pepper.  My mother said that growing up she only knew rice as a breakfast food and it wasn't until she and Dad lived in Hawaii in the early seventies when he was stationed at Pearl Harbor that they learned to eat rice in other ways.

So, clearly the rice-based dishes of Southern cooking, like Hoppin' John, had not been part of my family's food traditions.  Nor had Asian dishes, despite my parents' exposure to them while living in Hawaii.  I only began to eat Asian food (other than La Choy Chow Mein) while in high school when I traveled on school trips with teachers who felt the imperative to introduce small town Oklahoma kids to a wider variety of cultures.

By the early nineties American cooking was changing and stir fries were becoming common.  They became a staple for me in my single years as they were easy to fix in small portions and were healthy.  I did quit making Minute Rice (though I kept it around for a breakfast choice) and learned to make slow cook rice in a pot on the stove.  Also, a girl I dated in the summer of 96 (and was friends with her family for many years) had lived in China when she was younger and from them I learned new techniques, ingredients, and recipes in Asian cooking.

At the turn of the millennium my favourite food was Thai and in the late Aughts I lived adjacent to Oklahoma City's Asian District where my favourite restaurant was Vietnamese, The Golden Phoenix.

Of course I married into an Asian family where rice is the staple.  That meant acquiring a rice cooker and wondering why I hadn't always had one.  And buying rice in giant bags from the Asian grocery store. 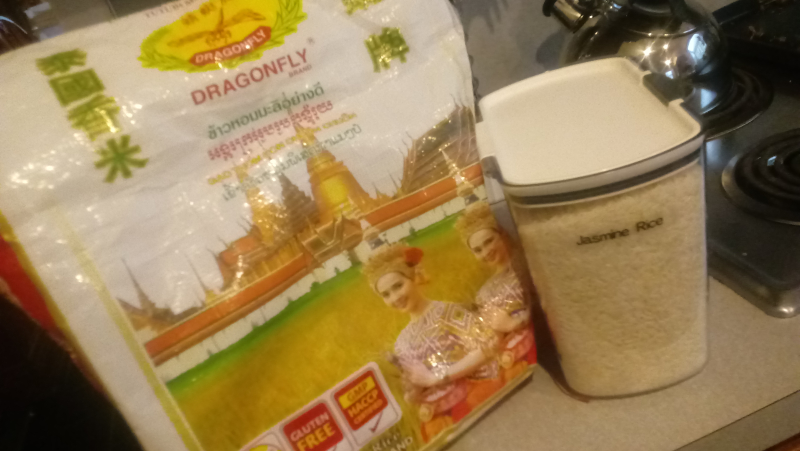 The previous post in this series was about breakfast and included a story about grits.